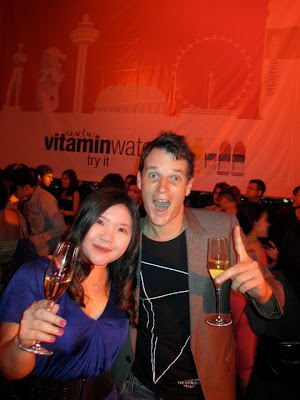 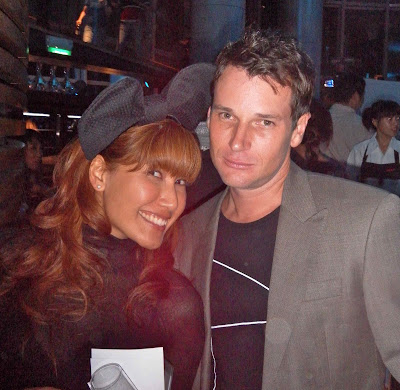 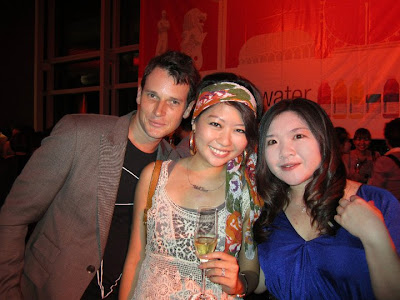 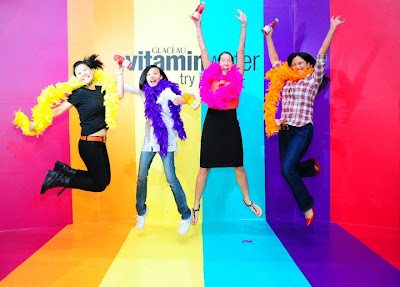 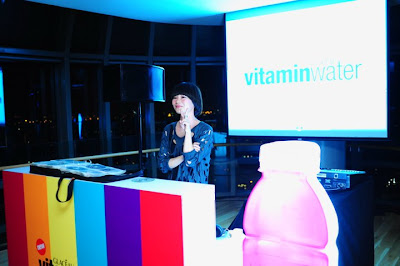 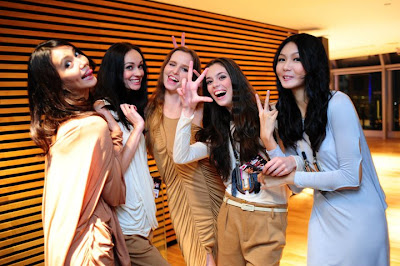 It was the year 2000, in New York City, a humble traveler named J Darius Bikoff was on his way to yoga class. He washed down a vitamin-C tablet with a swig of water, the simple mouthful inspired him to transform it into a beverage that changed the beverage industry forever.

After a decade, this amazingly delicious drink has filtered its way through to many different lands. From the United States to Britain, Canada, Portugal, South Africa, Australia, Korea, Japan, Hong Kong and China (just to name a few….). Now Vitamin water has trickled through to Singapore.

Vitamin Water was launched on 26th November at ION Sky, the secret observation platform standing at 218m above ground. The night of great celebration was flooded by excitement in that; finally the people of Singapore now too had a taste of the drink that has rocked the world. There was no drought of celebrities or fashionistas at the event. Everyone was impressed and delighted by the splash of color Vitamin Water drenched the scene with.

M&a Singapore’s own stars; Pat & Phil, attended the event as part of the internal team for Vitamin Water. Like vitamins and water, M&a and FMCG seem to also be a perfect pairing.

We provide over 28 services across 14 different countries in over 17 different languages, making us big enough to deliver and yet small enough to care. McCorkell provides large agency resources and a personal, engaged approach. We are a one-stop shop that boosts your marketing experience to get results.

We are based in Sydney, Australia with regional offices in Melbourne, Singapore, Tokyo, Hong Kong, China, Perth and India. Our team comprises 200 staff across all our service disciplines. McCorkell has seen the highs and lows, booms and busts in many markets across its 30 year history.

We have run over 4,000 events, delivered millions of pieces of direct mail and even more emails and social media posts, secured countless sales appointments and dreamed up some of the most outrageous ideas with our clients over the years. Most importantly, we’ve loved every minute of what we do.